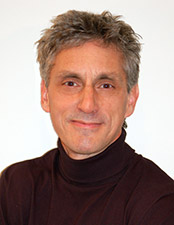 John Philip Colletta is one of America’s most popular genealogical lecturers. Entertaining, knowledgeable and experienced, he is based in Washington, D.C., where for 20 years he conducted workshops for the National Archives and taught courses for the Smithsonian Institution. Today he lectures nationally, teaches at local schools, and is a faculty member of the Institute of Genealogy and Historical Research at Samford University (Birmingham, AL) and the Salt Lake Institute of Genealogy (Salt Lake City). He has also been an instructor and course coordinator for the National Institute on Genealogical Research (Washington, DC), the Genealogical Institute of Texas (Dallas), and the Genealogical Institute of Mid-America (Springfield, IL). His publications include two manuals — They Came in Ships: A Guide to Finding Your Immigrant Ancestor’s Arrival Record and Finding Italian Roots: The Complete Guide for Americans — and numerous how-to articles. His latest book — Only a Few Bones: A True Account of the Rolling Fork Tragedy and Its Aftermath — is a history of the German-speaking merchants of the Mississippi Delta during Reconstruction. It is written around the mysterious destruction of his great great grandfather’s country store, and its five unfortunate inhabitants. Dr. Colletta has appeared on local and national radio and television, is featured in Episode Four of “Ancestors,” the ten-part KBYU-TV series, as well as its sequel aired in 2000. He has received many honors in his field, including fellowship in the Utah Genealogical Association and distinguished service awards from the Dallas Genealogical Society and the National Society, Daughters of Colonial Founders and Patriots. 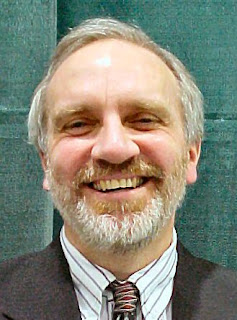 Paul Milner is a professional genealogist and lecturer. He is a native of northern England and has specialized in British Isles genealogical research for the past 18 years. He was raised in England and settled in the United States in 1975. Paul is a communication professional and has been designing workshops and lecturing to a wide variety of audiences for 23 years. He also holds a degree in Theology and is particularly knowledgeable about the church and its role in record keeping. As a genealogist he speaks on a variety of topics relating to research in the British Isles, the U.S. and research methodology.

This website uses cookies to improve your experience while you navigate through the website. Out of these cookies, the cookies that are categorized as necessary are stored on your browser as they are essential for the working of basic functionalities of the website. We also use third-party cookies that help us analyze and understand how you use this website. These cookies will be stored in your browser only with your consent. You also have the option to opt-out of these cookies. But opting out of some of these cookies may have an effect on your browsing experience.
Necessary Always Enabled
Necessary cookies are absolutely essential for the website to function properly. This category only includes cookies that ensures basic functionalities and security features of the website. These cookies do not store any personal information.
Non-necessary
Any cookies that may not be particularly necessary for the website to function and is used specifically to collect user personal data via analytics, ads, other embedded contents are termed as non-necessary cookies. It is mandatory to procure user consent prior to running these cookies on your website.
SAVE & ACCEPT
Skip to content